Newport’s Computer Games Design students had another great trip to GameCity this year. They got to see Johnahtan Blow talk about Braid, Chris Hecker talk about Spy Party, saw a preview of Kinetic from Rare, take part in morning discussions hosted by the Guardian Games Blog’s Keith Stuart, a talk on the sound design for Limbo amongst many other great games related things. 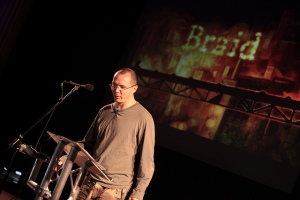 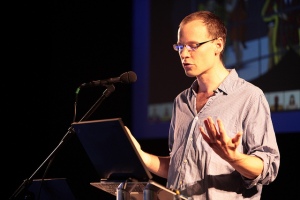 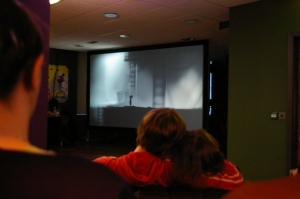 There was also lots of fun stuff to get involved in, including taking part in the live (around the streets of Nottingham) game of Pacman, checking out Crysis2 (pre-release) and getting to have a play with newly released Lego Universe. 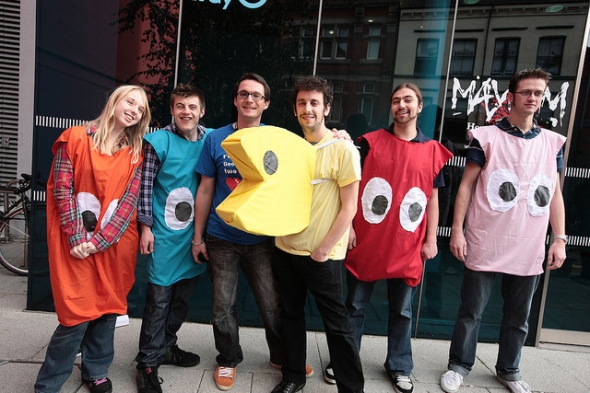 Projects in the GameCity Lounge

This year the GameCity organisers opened the ‘Lounge’ a space where selected games would be available for people to stop by and have a go. Three Newport student projects were chosen to go on show in the Lounge; Q.U.B.E. by Dan Da Rocha, Jon Savery & Dave Hall (Toxic Games), Colour Runners by Hannah Payne & Harry Corr and Mush by Kate Killick, Henry Hoffman, Amed Zaman, Matt Dennis & Greg O’Brian (Angry Mango).

There was an overwhelming positive response to the games, from the public, industry delegates and press. Over  40,000 visitors passed through the lounges over the course of the week with lots of them stopping to play on the games made by Newport students.

At Friday lunchtime we invited a selection of industry delegates to attend a session showcasing some of our graduate projects from 2010. Q.U.B.E., Romely Court (Rhys Thomas, Leah Betts, Eric Murray & Pat McGuigan), Colour Runners, A Stark Warning (Tom Doncom) and Mush all presented their game ideas to a packed audience. The students got lots of great questions and feedback ideas. 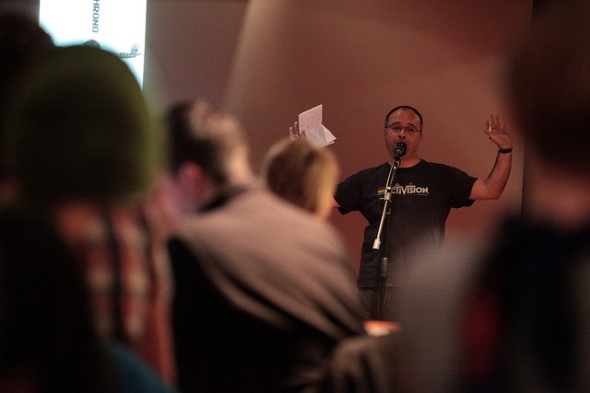 (Thanks to GameCity for the images)